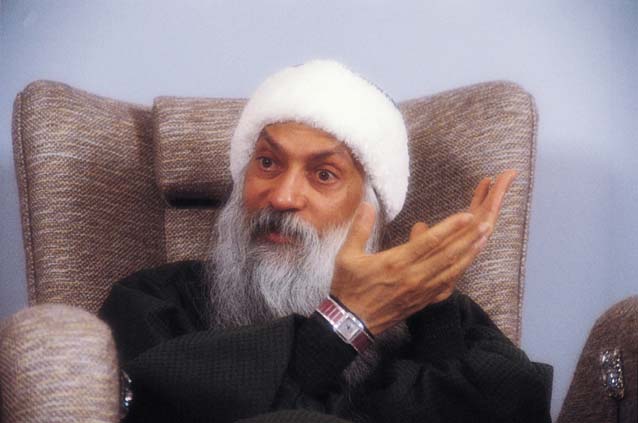 What I am For?

Osho on Love, life and Being

OSHO, WHAT AM I FOR?

For nothing. For no purpose at all. Do you want to become a thing? Things are for something. If you ask me what this chair is for, the question is relevant and the answer is simple — to sit upon. If you ask me what this mike is for — to speak through. If there is nobody to sit upon the chair, it will be completely useless; it will have to be thrown away. If there is nobody to speak through the mike and there is no need for it, it will be simply useless; it will not have any purpose for existing. But what are you for? For nothing. You are not a chair, you are not a mike. You are not a house to live in.

Love is an end in itself. You simply love for love’s sake.

For what are these birds singing? For what? — just the sheer delight of singing. They are not singing there to get any award. They are not singing there for any competition. They are not even singing for you to listen to them. They are simply singing. They are full of energy and the energy overflows. The energy is too much — what to do with it? They share with existence. They are spendthrifts, not misers. If you sing, first you look for what. Are the people going to appreciate it? Are you going to be awarded in some way, gross or subtle? Then you are not a singer… a businessman. If you dance for some audience to see and you are looking for their appreciation, their applause, then you are not a dancer.

A dancer simply dances. If people see and appreciate and enjoy, that is another thing. That is not the goal. A dancer can dance alone, with nobody there to see. A singer can sing alone. The activity in itself is paying so much that there is no need to have any other goal, any other purpose.

You exist for yourself. The very question shows that you are looking at life through the head. The head is purposive. The heart is non-purposive. The very question shows that you would like to become a thing, a commodity to be sold in the market. A prostitute loves, but that is not love; it is a commodity in the market. You love, but then it is not a commodity; it is an overflowing energy. You share your happiness, your bliss, with someone. You feel good with someone; you feel a certain harmony. With someone you feel in accord. The very activity in itself is valuable; the value is intrinsic. There is nothing outside it as a goal. It is not leading anywhere. It is leading to itself. This has to be understood.

All that is beautiful in life is intrinsic; it has intrinsic value. And all that is ordinary is purposive.

People go on asking why god created the world. Why did he create it? They think of god as if he is a manufacturer. Why? Why did he create the world? There is no ‘why’ to it, and all answers that have been given to this ‘why’ are patent nonsense. He created because he enjoyed. Creation in itself is enjoyment. He loved to create. He felt happy to create. The christian story says that god created the world and then he looked at creation and said, ‘Good, good.’ To whom was he saying this? There was nobody. He was saying ‘good’ to himself. He enjoyed it; a tremendous joy came to him. He created the world and loved it. Just like a painter paints, and then goes far away from the painting and looks at it from this angle and that, and feels happy, tremendously happy. Not that the painting is going to give him much money — it may not give any at all….

One of the greatest painters, Vincent Van Gogh, lived as a beggar, because he could not sell a single painting. Not only could he not sell; he was condemned from everywhere that he was mad. Who would purchase those paintings? They were worthless. Now each of his paintings is worth millions of dollars, but in his own time nobody was ready to purchase them. He would go and give his paintings to his friends and even they were afraid to hang them in their drawing-rooms, because people would think them mad. Not even a single painting was sold in his whole life. His own brother, Theo Van Gogh, was very worried. He was a businessman, and he could not think how a man could go on painting when nothing was selling. So he persuaded a friend and gave him money, and told him to go to Van Gogh and at least purchase one painting. He would feel good.

The man went. Of course, he was not interested in paintings at all; he was just obliging the brother. The brother had given him the money and he was just to purchase any painting whatsoever. Van Gogh immediately suspected something, because the man was not looking at the paintings. He said, ‘Okay, this will do. Take this money.’

Van Gogh threw the money out of the house and threw the man out also, and he said, ‘Never come here again! I suspect this money is not yours and you are not in any way interested in paintings. My brother must be behind the whole thing. You get away from here. I am not going to sell it.’

He killed himself when he was very young — thirty-six, thirty-seven — because he felt that whatsoever he could create he had created, and now just to drag on in a miserable life, with not even enough to eat…. He was eating only three days per week, because his brother was giving him enough money to eat, but he had to purchase colours and canvas and brushes. So for four days he would save the money for colours and paintings, and for three days he would eat.

But he was a tremendously happy person. There was nobody to appreciate his work, so he would look at his own paintings. He must have said, just like god said, ‘Good. Good, I have done it again.’

Never ask what you are for. You are for yourself. And unless you realize this, you will miss much. Deep down, your innermost being is always waiting for someone who will love you for yourself; for nothing else, just for yourself… somebody who will say, ‘I love you for love’s sake. I love you the way you are. I love you because you are. I love you, your being, and there is no end to it, no purpose behind it.’ Unless somebody comes and loves you meaninglessly, you will not have the glory of life. Remember, in that meaninglessness is hidden the whole significance of life. When somebody loves you meaningfully, he has already reduced you to an object. You are a thing and he is a purchaser. When somebody loves you just for you, for no other reason at all, then suddenly your inner flower blooms. You are accepted as you are. Love always accepts you as you are, and through that acceptance, much transformation happens. You can bloom. Now there is no fear. Now nothing is expected from you; you can relax. Now there is no goal beyond you; you are the goal. You can dance and celebrate…

Dead people go on haunting you. Your father may be dead, but he will go on haunting you. Whenever you relax, you will hear the voice of your father: ‘What are you doing? Getting lazy! Do something!’ and you will jump out of your laziness and run around and do something because you are getting useless. Because everybody has been conditioned to be of some utility, the question arises ‘for what?’ And if you cannot find the answer, you feel very puzzled and confused. Drop all that nonsense.

My own parents wanted me to become a scientist; if not a pure scientist then at least a doctor, an engineer. I betrayed them. Now they have completely forgotten and they are happy. They are very good and simple people. But at that time when I betrayed them, they felt very hurt. They were hoping much. All parents hope, and through their hope they destroy their children.

I have heard one very beautiful story:

“Mrs. Ginsberg, having arrived in heaven, addressed the recording angel bashfully. ‘Tell me;’ she said, ‘would it be possible to have an interview with someone who is here in heaven?’

The recording angel said, ‘Certainly, assuming the person you have in mind is here in heaven.’

The recording angel cleared his throat. ‘Ah, yes. As it happens, she is in a different section, but if you insist I will forward the request. She is a gracious lady and she may wish to visit the old neighbourhood.’

The request was duly forwarded, and the Virgin was gracious indeed. It was not long at all before Mrs. Ginsberg was favoured with the Virgin’s presence.

Mrs. Ginsberg looked long at the radiant figure before her and finally said, ‘Please forgive my curiosity, but I have always wanted to ask you. Tell me, how does it feel to have a son who is so wonderful that ever since his time hundreds of millions of people have worshipped him as a god?’

And the Virgin replied, ‘Frankly, Mrs. Ginsberg, we were hoping he would be a doctor.'”

Parents are always hoping — and their hope becomes poisonous.

But what to say of ordinary parents? I will tell you another story:

“Rabbi Joshua, having lived an exemplary life that had been admired by all, died in the fullness of time and went to heaven. There he was greeted with hosannas of delight. Inexplicably, he shrank back, covered his face with his trembling old hands, and refused to take part in the festivities held in his honour.

All persuasion having failed, he was ushered respectfully before the high judgement seat of god himself.

The tender presence of god bathed the noble rabbi, and the divine voice filled his ears. ‘My child,’ said god, ‘it is on record that you have lived entirely in accord with my wishes, and yet you refuse the honours that have, most fittingly, been prepared for you. Why is this?’

Rabbi Joshua, head bent low and voice meek, said, ‘Oh, Holy One, I am not deserving. Somehow my life must have taken a wrong turning, for my son, heedless of my example and my precepts, turned christian.’

‘Alas,’ came the still voice, sweet with infinite sympathy, ‘I understand entirely and forgive. After all, my son did the same.”‘

Expectations, expectations….People go on hoping through others. People go on being ambitious through others. Drop that trip of your parents. And remember, that is the only way you will be able to forgive them. And remember also, that is the only way that one day you will be able to respect them. Unless you are fulfilled, unless you have found something that is not just a profession to do but something like a vocation, a calling, you will never be able to feel happy about your parents, because they are the cause of you being in this miserable world. You cannot feel grateful; there is nothing to be grateful about. Once you are fulfilled, then you will feel tremendously grateful.

Osho has spoken on ‘Love, transformation, acceptance, life, intrinsic’ in many of His discourses. More on the subject can be referred to in the following books/discourses: 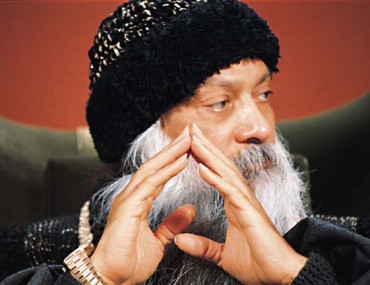 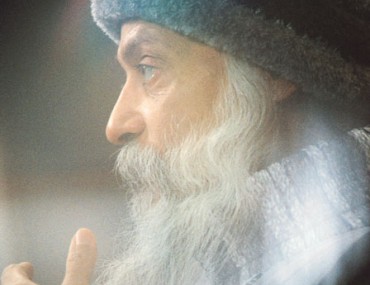 Inside You is Nature