FOR THE MAN WHO IS WITHOUT SHAME.

This Buddhist idea of shame has to be understood in contrast with the Christian idea of guilt. In the dictionaries they seem to be synonymous; they are not. Shame is a totally different phenomenon. Guilt is imposed by others on you. It is a strategy of the priests to exploit. It is a conspiracy between the priest and the politician to keep humanity in deep slavery forever. They create guilt in you, they create great fear of sin. They condemn you, they make you afraid, they poison your very roots with the idea of guilt. They destroy all possibilities of laughter, joy, celebration. Their condemnation is such that to laugh seems to be a sin, to be joyous means you are worldly.

Christians say Jesus never laughed. What a lie! And they have been lying for centuries and with such theological acumen, with great scholarship. They have been lying very piously, very religiously. Have you ever come across a picture of Jesus or a statue in which he looks happy, blissful, joyous? Impossible! You can’t conceive of a joyful Jesus — after two thousand years of Christian propaganda the whole figure of Jesus has become distorted. He was a man of great joy. He was a man who knew how to laugh and how to love and how to live festively. He loved eating and drinking. He must have danced, he must have joked with his friends, with his disciples. I cannot conceive of him not having a sense of humor, because

It is impossible for me to conceive of a man being spiritual and without a sense of humor. A sense of humor is one of the most fundamental qualities of a religious man.

But the picture that Christians have depicted of Jesus is ugly. He is always sad, in deep sorrow — carrying the whole burden of the original sin committed by Adam and Eve. He has been depicted by the Christians as doing a great service to humanity. He is the savior — and how can the savior laugh? Laughter seems to be such an earthly quality. He has to be very serious, long-faced. They have destroyed the beauty of Jesus.

Jesus has to be resurrected. He was killed twice. First he was killed by the Jews and the Romans, and then he has been killed by the Christian priests. He got away from his first murder, but from the second he has not yet been able to escape. He is still a captive of the Vatican; he has to be freed from the Vatican. These people who have made Jesus look so serious, so sad, so sorrowful — who have made him a martyr — have also created great guilt in humanity. Whenever you laugh you feel as if you are doing something wrong. Whenever you are happy you start looking guilty. How can you be happy? How can you laugh? How can you dance? How can you sing? The whole world is in such a suffering, and you are singing, and you are dancing? It seems that you must be cruel. Krishna seems to be cruel to Christian eyes: playing on his flute, dancing, singing, celebrating. He seems to be a hedonist, a Zorba the Greek! Christians can’t conceive Krishna to be spiritual. And in fact, the word ‘christ’ is a derivation of the word ‘krishna’. Jesus must have the same qualities as Krishna; hence he has been called Christ. ‘Christ’ comes from ‘krishna’, and Krishna-consciousness simply means ecstatic consciousness.

But why does the priest go on creating guilt in man? There is a secret behind it. If you can make humanity feel guilty you remain powerful. The guilty person is always ready to serve those who are powerful. He is always ready to serve those who are puritans. He is always ready to be a slave to the priests. The guilty person cannot have courage enough to be a rebel — that is the secret. Only a blissful person can be rebellious. The priests must have found this secret long ago, because they have been practicing it for centuries and they have destroyed all the beauty of the human soul.

Consciousness makes you aware of what you are doing to yourself. And when you see that you are destroying tremendously pregnant opportunities for growth, shame arises in you. You start feeling a deep anguish, and that anguish is helpful for growth, that pain is helpful to growth. It brings you, for the first time, a vision of the possible, a glimpse of the peaks.

Guilt simply says that you are a sinner. And the feeling of shame simply shows you that you need not be a sinner that you are meant to be a saint.

If you are a sinner it is only because of your unconsciousness; you are not a sinner because the society follows a certain morality and you are not following it. All moralities are not moral, and something which is moral in one country is not moral in another country. Something moral in one religion is not moral in another religion. Something is moral today and was not moral yesterday. Morals change, morals arShame: Inner Anguishe just arbitrary. But consciousness is eternal, it never changes. It is simply the absolute — the truth. Once you have become a little more aware you start feeling what you have done to yourself and to others. That experience brings shame, and shame is good and guilt is bad. With guilt, deep down you know that it is all nonsense.

For example, in the Jaina religion to eat in the night is a sin. If you are born a Jaina and sometimes you eat at night, you will feel very guilty; knowing perfectly well — if you are intelligent enough you will know it — that this is foolish, there can’t be any sin in eating at night. But still your conscience will prick you, because the conscience is manipulated by the priest, by the outside powers who are dominating you. Hence guilt creates a dual personality in you: on the surface you are one person and deep down you are another — because you can see the futility of it, the nonsense of it. You become split — guilt creates schizophrenia. And the whole of humanity suffers from schizophrenia for the simple reason that we have created guilt, so much and so deeply that we have divided every man in two. One part of him is social, formal. He goes to the church and follows the rules as far as they are feasible. He maintains a certain front, a certain face, and from the back door he goes on living a totally different life — just the opposite of what he goes on preaching, just the opposite of what he goes on praising.

The idea of shame never creates any conflict within you, it never creates any split. It creates a challenge, it challenges you, it challenges your guts. It says to you, “Rise above — because that is your birthright. Reach to the peaks, they are yours. Those sunlit peaks are your real home, and what are you doing in these dark valleys, crawling like animals? You can fly — you have wings!” Guilt condemns that which is wrong in you. The idea of shame makes you aware of that which is possible. Guilt goes on bringing in your past again and again — burdens you with the past. And the idea of shame brings the future to you, it releases your energies. They are totally different.

Discourse Series: The Dhammapada: The Way of the Buddha, Vol 7

Osho has spoken on ‘shame, guilt, anguish, conscience’ in many of His discourses. More on the subject can be referred to in the following books/discourses: 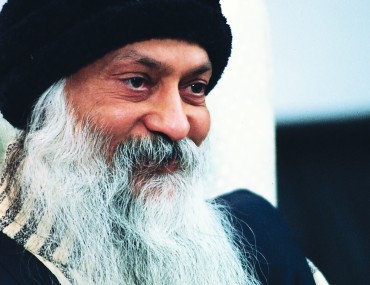 The Real Freedom: Freedom from Self