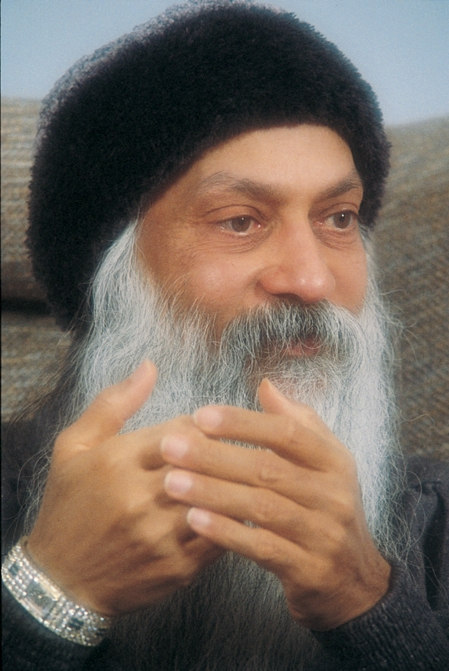 MODEST THOUGH MY EXPERIENCE OF AWARENESS IS, WHEN IT IS HAPPENING I FEEL INTOXICATED. IT IS A FAR MORE SUBTLE, BUT HEADIER DRUNKENNESS THAN ANYTHING THAT MAKES ONE UNCONSCIOUS.

IS THIS A CASE OF ILLUSION OR A CASE OF DIVINE WINE?

Maneesha, awareness and divine intoxication are contradictory only in language but not in experience. In experience they are synonymous. But the divine intoxication is not at all similar to ordinary intoxication. It is not unconsciousness — it is too much consciousness. You become so small, and the whole ocean of consciousness… you start drowning in it. Particularly in the beginning it feels as if you are becoming drunk. But the difference is clear: you remain aware that you are drunk. The ordinary drunkenness is unconscious; you are not aware that you are drunk. And that is a very fundamental difference. You can be intoxicated just by too much consciousness because you cannot contain it. It starts overflowing; it is bigger than you. And in the beginning it is so sudden and so much that you feel almost without any control over yourself. That’s why the idea of drunkenness arises. Because in intense awareness you start forgetting your ordinary mind — your so-called ego, your mundane worries, your trivia of worldly matters — there is a certain similarity with intoxication. The whole infatuation with intoxicants has remained down the ages, although all the religions, all the governments, all the masters, all the teachers, all the moralists, all the puritans — everybody has been against intoxicants. But they have not been able to prevent humanity from becoming more and more infatuated with newer drugs.

Older drugs are there in their place; new drugs are being continuously added — now man can manufacture synthetic drugs, certainly far more unconsciousness-creating than any drugs found in nature. One is surprised to know why, when everybody has been against, they have not been able to prevent it. The reason is very simple, and not far away to find. It is too obvious; perhaps that’s why one feels in a state of ignorance about the cause, about the reason. Man’s life has remained miserable, so miserable that he wants to forget it, at least for a few hours, just to have a little rest. And all the religions and all the governments and all the so-called social servants have not been able to alleviate misery from human life. But without removing the cause, they have been forcing man not to drink alcohol, not to take marijuana. It was absolutely certain that they were going to fail. The cause has to be removed, not the symptom. The symptom will go on its own accord; just remove the cause.

And when in intense awareness you suddenly forget all your worries, miseries, suffering, tensions, it appears similar — that’s why one feels as if one is divinely intoxicated. Divinely because you have not taken any intoxicant, but there is a tremendous difference too, not to be forgotten: that you are aware. Any ordinary drug makes you simply unconscious.

Meditation brings awareness, but awareness is such a big phenomenon that you are bound to be drowned. And in the beginning the experience is so much, so intense, that you are almost erased, as if you have disappeared. But it is not illusion. It is not any kind of hallucination. And to call it divine wine is just being poetic. It is pure awareness which does the same work that is expected by people through intoxicating drugs. Intoxicating drugs remove symptoms; awareness removes the very cause.

Drugs simply give you a few hours of forgetfulness, and again the misery is there — and with a vengeance, because it has to wait for six hours; it becomes more intense.

Awareness cuts the very root of being miserable, in anxiety, in anguish. And because it cuts the very roots, after you have come down from the heights of awareness you don’t find misery — you find a peace, a silence, a very mild sweetness and a very subtle fragrance, left behind the tide, the tidal wave that had come and overtaken you. It is perfectly beautiful. There is nothing illusory in it. It is absolutely existential. It has nothing to do with intoxicants.

Only in appearance, in the beginning, you will feel as if you are intoxicated…Intoxication is one thing: this kind of thing is not possible through awareness. Through awareness you can feel in the beginning things which look strange — happy for no reason at all, smiling or laughing for no reason at all. And it becomes a vicious circle: when you laugh then you see that “This is stupid, why I am laughing?” Then you laugh more and then it becomes difficult to stop. Just seeing yourself laugh without any reason it appears as if you have gone mad, because you have never understood, never experienced that being joyous, laughing, is natural and healthy. It does not need to have any cause.

Sadness, seriousness are parts of a psychologically sick man — they need causes. So when you are feeling happy, don’t start asking, “Why am I happy?” When you are feeling sad ask why you are sad. But strangely, it has become conventional to our minds that when we are sad we accept it as if it is our nature. And when we are joyous even we are surprised; deep inside we even start worrying: “What is happening to me?” Just this morning I quoted Walt Whitman, and he says, “I am the celebration, I am the song.” It is one of his most beautiful poems, in which he sings the song of himself: “There is no reason. It is my nature to be a celebration, to be a song, to be a festival.” It is just healthy. It is just to be yourself. While Walt Whitman was alive he was very much condemned, just because he was so happy for no reason at all — just because he could dance alone, sing, not for anybody else but just for himself, or just as if he was the song, he was the celebration itself. Christian seriousness could not understand him. The ordinary humanity thought him either mad or drunk. But he was not drunk and he was not mad; he was one of the most intelligent men America has ever produced.

Intelligence is a celebration. It is a festival of lights and it is a long series, a chain of songs, joys, festivities. It is only the unintelligent who remain sad and do nothing to remove it. It is the unintelligent who accept sadness, misery, suffering, behind beautiful names: fate, kismet, luck — all these words are nonsense. But these words help people to remain miserable. The man of awareness gets out of all that is unnatural and certainly finds sources of juice within himself. The mystics of the East have even defined God as raso vai saha; “he is just juice.”

There is no word in English to translate exactly the depth and the meaning of the word ras — juice is a literal translation. When you are happy for no reason at all you find a certain juiciness inside you — you are not dry. Your saints cannot dance, they are so dry. You can dance only if you are full of juice.

But people are living, even in their ordinary wakefulness, a kind of sleepy life. The whole of humanity seems to be under a spell, as if they are all walking in hypnosis, as if they are all suffering from somnambulism. You may have heard about sleepwalkers who get up in the middle of the night and without waking, with open eyes, without stumbling, reach directly to the kitchen, find the fridge, open it, eat anything to their heart’s content, and in the day they are dieting! And the doctor is puzzled and they themselves are puzzled — “What is the matter? The more I diet the more my weight is going up.” And there are almost ten percent of people capable of somnambulism. They can walk in their sleep, they can do things, and in the morning they will be disturbed: “Who has done this?”…

A wife begins to get a little concerned because her husband has not arrived home on time from his regular Saturday afternoon golf game. As the hours pass she becomes more and more worried, until at eight o’clock the husband finally pulls into the driveway.

“What happened?” says the wife. “You should have been home hours ago.”

“Fred had a heart attack at the second hole,” replies the husband.

Do you think these people are awake? They may not be called somnambulists, but they cannot be called conscious, they cannot be called really awake. The poor fellow had a heart attack, he has died! Now it was time to stop the game, but the game cannot be stopped and naturally, it was a difficult job to drag the dead man and then to play the hole and then again drag…If you watch your life and the life of people around you, you will find a thousand and one cases where people are thinking that they are aware and alert, but they are not. Their action does not show alertness or awareness.

Chapter title: Kissing is absurd to the eskimos

Osho has spoken on ‘awareness, intelligence, celebration, god’ in many of His discourses. More on the subject can be referred to in the following books/discourses: 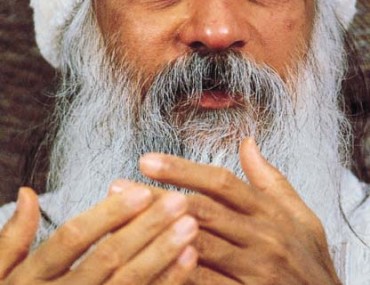 From Poverty to Richness