Be Guiltless, be available to Life

Today is the birthday of an enlightened Sufi mystic Omar Khayyam. He was  the Persian polymath, mathematician, astronomer, philosopher, and poet. He was born in Nishapur, in northeastern Persia. He was well known for his poetry, written in the form of quatrains. This poetry became widely known to the English-reading world in a translation by Edward FitzGerald.

But apart from poetry he has also worked on the classification and solution of cubic equations. Khayyam also contributed to the understanding of the parallel axiom. As an astronomer, he designed the Jalali calendar, a solar calendar with a very precise 33-year intercalation cycle.

Osho says ‘Omar Khayyam, one of the Sufi mystics, says in his RUBAIYAT: “Don’t be worried about your small sins. They are so small that God, out of his love, cannot even count them. And God is compassionate, he will forgive you.” Omar Khayyam says, “I guarantee that you will be forgiven, don’t be worried. What you are doing are just small things, and God cannot take note of these small things. He cannot be so nasty, so small minded, so pigheaded!”

Omar Khayyam is right. God means love, God means forgiveness; there is no question of fear. But people are afraid of God also for the simple reason that their God is again a projection of ambition.

Why did you not commit the sins? Were you not sure that God is compassionate? Commit as many sins as you can. Give God a good opportunity to show his compassion, love, forgiveness.’

YOU TELL US TO BE AWARE OF EVERYTHING — WHICH MEANS TO BE A WITNESS TO EVERYTHING, EVERY ACT. WHEN I DECIDE TO BE AWARE IN WORK, I FORGET ABOUT AWARENESS, AND WHEN I BECOME AWARE THAT I WAS NOT AWARE. I FEEL GUILTY; I FEEL THAT I HAVE MADE A MISTAKE. COULD YOU PLEASE EXPLAIN?

Manish Bharti, it is one of the basic problems for anybody who is trying to be aware while at work — because work demands that you should forget yourself completely. You should be involved in it so deeply… as if you are absent. Unless such total involvement is there, the work remains superficial. All that is great, created by man — in painting, in poetry, in architecture, in sculpture — in any dimension of life — needs you to be totally involved. And if you are trying to be aware at the same time, your work will never be first rate, because you will not be in it. So awareness while you are working needs a tremendous training and discipline, and one has to start from very simple actions. For example, walking: you can walk, and you can be aware that you are walking — each step can be full of awareness. Eating… just the way in Zen monasteries they drink tea; they call it the “tea ceremony” because sipping the tea, one has to remain alert and aware.

These are small actions, but to begin with they are perfectly good. One should not start with something like painting, dancing — those are very deep and complex phenomena.

Start with small actions of daily routine life. As you become more and more accustomed to awareness, as awareness becomes just like breathing — you don’t have to make any effort for it, it has become spontaneous — then in any act, any work, you can be aware. But remember the condition: it has to be effortless; it has to come out of spontaneity. Then painting or composing music, or dancing, or even fighting an enemy with a sword, you can remain absolutely aware. But that awareness is not the awareness you are trying for. It is not the beginning, it is the culmination of a long discipline…

First become aware about actions which do not need your involvement. You can walk and you can go on thinking; you can eat and you can go on thinking. Replace thinking by awareness. Go on eating, and remain alert that you are eating. Walk; replace thinking by awareness. Go on walking; perhaps your walking will be a little slower and more graceful. But awareness is possible with these small acts. And as you become more and more articulate, use more complicated activities. A day comes when there is no activity in the world in which you cannot remain alert and at the same time, act with totality. You are saying, “When I decide to be aware in work, I forget about awareness.” It has not to be your decision, it has to be your long discipline. And awareness has to come spontaneously; you are not to call it, you are not to force it. “And when I become aware that I was not aware, I feel guilty.” That is absolute stupidity. When you become aware that you were not aware, feel happy that at least now you are aware.

For the concept of guilt, there is no place in my teachings. Guilt is one of the cancers of the soul.

And all the religions have used guilt to destroy your dignity, your pride, and to make you just slaves. There is no need to feel guilty, it is natural. Awareness is such a great thing that even if you can be aware for few seconds, rejoice. Don’t pay attention to those moments when you forgot. Pay attention to that state when you suddenly remember, “I was not aware.” Feel fortunate that at least after few hours, awareness has returned. Don’t make it a repentance, a guilt, a sadness — because by being guilty and sad, you are not going to be helped. You will feel, deep down, a failure. And once a feeling of failure settles in you, awareness will become even more difficult. Change your whole focus. It is great that you became aware that you had forgotten to be aware. Now don’t forget, for as long as possible. Again you will forget; again you will remember — but each time, the gap of forgetfulness will become smaller and smaller. If you can avoid guilt, which is basically Christian, your gaps of unawareness will become shorter, and one day they will simply disappear. Awareness will become just like breathing or heartbeat, or the blood circulating in you — day in, day out.

So be watchful that you don’t feel guilty. There is nothing to feel guilty about. It is immensely significant that the trees don’t listen to your Catholic priests. Otherwise, they will make the roses feel guilty: “Why do you have thorns?” And the rose, dancing in the wind, in the rain, in the sun, will suddenly become sad. The dance will disappear, the joy will disappear, the fragrance will disappear. Now the thorn will become his only reality, a wound — “Why do you have thorns?” But because there are no rose bushes so foolish as to listen to any priest of any religion, roses go on dancing, and with the roses, thorns also go on dancing. The whole existence is guiltless. And a man, the moment he becomes guiltless, becomes part of the universal flow of life. That is enlightenment: a guiltless consciousness, rejoicing in everything that life makes available — the light is beautiful; so is darkness. When you cannot find anything to be guilty about, to me you have become a religious man. To the so-called religions, unless you are guilty you are not religious; the more guilty you are, the more religious you are…

The whole humanity has been made guilty in some measure or other. It has taken away the shine from your eyes, it has taken away the beauty from your face, it has taken away the grace of your being. It has reduced you to a criminal — unnecessarily. Remember: man is frail and weak, and to err is human. And the people who invented the proverb, “To err is human,” have also invented the proverb, “To forgive is divine.” I don’t agree with the second part. I say, “To err is human and to forgive is also human.” And to forgive oneself is one of the greatest virtues, because if you cannot forgive yourself, you cannot forgive anybody else in the world — it is impossible. You are so full of wounds, of guilt — how can you forgive anybody? Your so-called saints go on saying that you will be thrown into hell. The reality is, they are living in hell! They cannot allow even God to forgive you.

One great Sufi poet, Omar Khayyam, has written in his RUBAIYAT, his world-famous collection of poetry: “I am going to drink, to dance, to love. I am going to commit every kind of sin because I trust God is compassionate — he will forgive. My sins are very small; his forgiveness is immense.” When the priests came to know about his book — because in those days books were written by hand, there were no printing presses…. When the priests discovered that he was writing such sacrilegious things, that he was saying, “Don’t be worried, go on doing anything you want because God is nothing but pure compassion and love. How much sin can you commit in seventy years of life? — in comparison to his forgiveness, it is nothing.” He was a famous mathematician too, renowned in his country. The priests approached him and said, “What kind of things are you writing? You will destroy people’s religiousness! Create fear in people, tell people that God is very just: — if you have committed a sin, you will be punished. There will be no compassion.” Omar Khayyam’s book was burned in his day. Whenever a copy was found, it was burned by the priests, because this man was teaching such a dangerous idea. If it spreads among human beings and everybody starts rejoicing in life, what will happen to the priests? What happen to the saints? What will happen to their mythologies of hell and heaven and god? All will disappear in thin air.

I want to change your focus completely. Rather than counting how many times you forgot to remember to be aware, count those few beautiful moments when you were crystal clear and aware. Those few moments are enough to save you, are enough to cure you, to heal you. And if you pay attention to them, they will go on growing and spreading in your consciousness. Slowly, slowly the whole darkness of unawareness will disappear…

In the beginning you will also find many times that perhaps it is not possible to be working and to be aware together. But I say unto you that it is not only possible, it is very easily possible. Just begin in the right way. Just don’t start from XYZ; start from ABC. In life, we go on missing many things because of wrong starts. Everything should be started from the very beginning. Our minds are impatient; we want to do everything quickly. We want to reach the highest point without passing through every rung of the ladder. But that means an absolute failure. And once you fail in something like awareness — it is not a small failure — perhaps you will not try it again, ever. The failure hurts.

So anything that is as valuable as awareness — because it can open all the doors of the mysteries of existence, it can bring you to the very temple of God — you should start very carefully and from the very beginning. And move very slowly. Just a little patience and the goal is not far away.

Osho has spoken on Sufi Masters and Mystics Al-Hillaj-Mansoor, Farid, Junnaid, Rabiya Al Adabiya, Jalaladdin Rumi, Sarmad, Omar Khayyam and many more in His discourses. Some of these can be referred to in the following books/discourses: 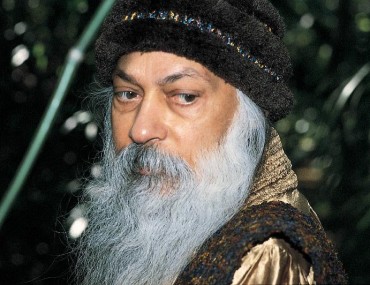